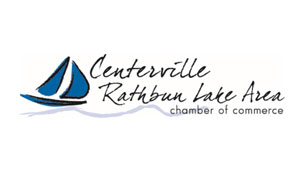 Centerville Investing in Parks and Trails

Cities invest in trail systems for a number of reasons. They encourage citizens to be active, improving their health. Trails provide opportunities for socializing, recreation and commuting. They contribute to overall quality of life, which can help attract new residents.

With an eye toward the future, Centerville, Iowa’s Parks and Recreation Board developed a comprehensive trails strategy. Ultimately, the goal is to have the whole trail system interconnected and accessible by 2020.

Centerville’s has a couple of popular existing trails, including a one-mile gravel trail around the local reservoir and a 3.5-mile nature trail. Next, the city will add a one-mile paved walking trail in Morgan Cline City Park.

The paved trail will stretch past the disc golf course and park shelters. It will be a significant amenity for the community. The path will be well-lit, to encourage a safe place for people of all ages to recreate.

“We expect the trail will be well-used and will draw many different populations together to one place,” says Jason Fraser, the city administrator. He adds that residents are eagerly anticipating the project, which has been delayed due to contractor availability. The city hopes to have the new trail completed next spring.

A grant from the United Way is being used to fund the trail. A number of other improvements are taking place throughout the city’s primary park, such as tennis court resurfacing as well as the addition of a bocce ball court and horseshoes.

Park playground equipment was recently upgraded, improving safety and accessibility. The city pool was renovated last summer as well. The improved pool features a zero entry end with a kids’ play apparatus as well as two full-sized water slides and a six-lane competitive pool area for future swim team use.

Fraser notes that the city has budget limitations and appreciates that some business and nonprofit partners are stepping up to help in this endeavor to better municipal green space. Lee Container recently funded some improvements at South Park, for instance. This included redoing the basketball courts and picnic shelters.

The overall goal is to improve quality of life for residents in Centerville, according to Fraser. “Lots of things are out of our control or are larger issues. But having good quality of life opportunities with recreational areas, trails and a swimming pool adds to us being able to retain and recruit workers. It makes families want to come and stay in Centerville, not just pass through,” he explains.